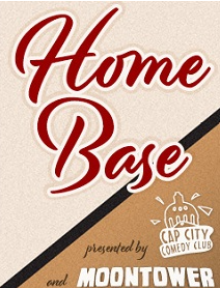 Home Base: The Best of Austin Comedy

Cap City Comedy Club and Moontower Comedy present HOME BASE: The Best of Austin Comedy! Expect the ULTIMATE comedy showcase featuring the best, brightest, and funniest comics from the 512. Local laughs don’t get better than this, folks. 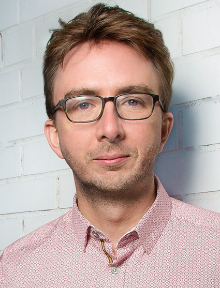 Joe List began his comedy career in Boston, Massachusetts in 2000 just weeks after graduating from high school. Since that time he has been featured on The Tonight Show Starring Jimmy Fallon, The Late Show with David Letterman as well as multiple appearances on Conan.

He’s featured in Season 2 of The Netflix Series “The Stand Ups”. In 2015 List was a finalist on NBC's Last Comic Standing and had his own Half Hour comedy special on Comedy Central. His albums 'So Far No Good' and 'Are You Mad at Me?' can be heard regularly on Sirius Radio. List is also the co-host of his own popular weekly podcast 'Tuesdays with Stories'. When not headlining comedy clubs all over North America, List is a regular at the Comedy Cellar in New York City.

His new special “I Hate Myself” is now streaming on Comedy Central. 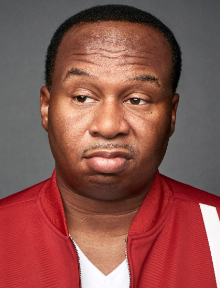 Roy Wood Jr.’s comedy has entertained millions across stage, television and radio. In addition to stand-up comedy, producing and acting, Roy is currently a correspondent on Comedy Central's Emmy & NAACP Award winning The Daily Show with Trevor Noah. During his tenure, he has used The Daily Show’s brand of satire to shed a light on serious issues like Chicago gun violence, police reform, LGBTQ+ discrimination, ICE deportations and PTSD in the Black community. His recent credits include guest starring roles in Netflix’s comedy series Space Force, AMC’s Better Call Saul, and The Last O.G. on TBS.